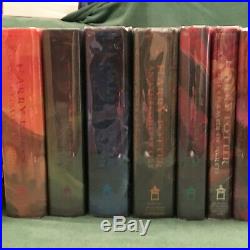 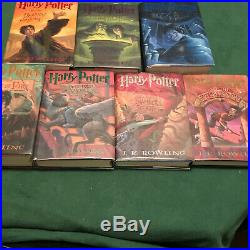 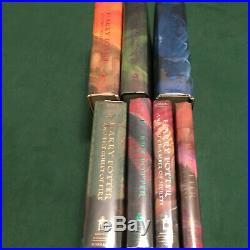 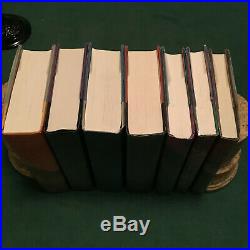 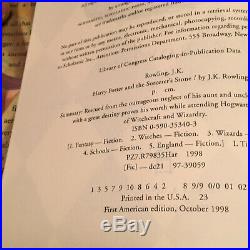 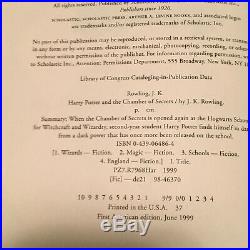 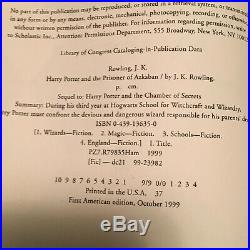 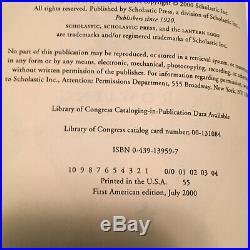 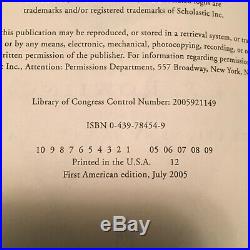 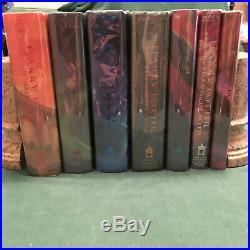 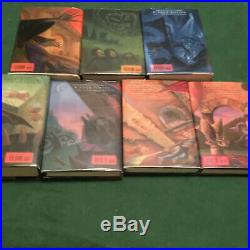 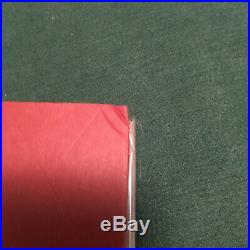 By a twist of fate, he's sent to a school of wizardry where he soon befriends other children. Like himself and learns to master his magical powers to revenge the killings of his parents at.

The hands of the evil Lord Voldemort, who's goal is nothing short of mastery of the entire world! A series of many genres, including fantasy, drama, coming of age, and the British school story. (which includes elements of mystery, thriller, adventure, horror, and romance), the world of.

Harry Potter explores numerous themes and includes many cultural meanings and references. These are the very first books, the very first edition, of a world-wide phenomenon. Once banned because of its "occult leanings", the set is now widely accepted as. Literary masterpiece on the level of Peter Pan , T he Wizard of Oz and other timeless classics.

Harder to find, soaring in price almost daily. All Trade First Printings except for the very first book, The Sorcerer's Stone. Beyond the reach of most collectors and households. The copy included in this set is the First American Book Club Edition.

An acceptable alternative which is still very valuable and usually sells. For over a hundred dollars.

All 7 books are in Very Good Condition. No writings, no signatures, no book plates. Book 4 Goblet of Fire has a small crunch at top of right hand front cover. Mylar Book Covers to help preserve both the dust jacket as well as the book. The dust jackets in the Potter series are especially colorful.

A great collection and heirloom for generations to come. Books are first wiped with clean dry cloth.

Several Ways to Assemble the Set. Early American Book Clubs started in the 19th century but it wasn't until 1926 that the Book of the Month Club started and book clubs became popular. The First Edition of the British Bloomsbury "The Philosopher's Stone" or the American. Scholastic Press "The Sorcerer's Stone" are worth thousands of dollars apiece and are.

Out of reach of most collectors. So they use the Book Club edition to fill in. The collector will then have the complete set then. Some sellers simply skip the first book in the Potter series and sell only six of the books.

To avoid mixing the editions and the controversy. Probably the most important one because it sets up the rest of the series. Or some sellers might have the trade edition of "Philosopher's Stone" but it may be a. Thus the set is not all First Printings. There is a thriving market for Book Club editions.

Mixing a Book Club edition with the Trade Editions allows for an affordable complete set. There seems to be a lot of confusion collecting First Edition Harry Potter books. Much of this confusion centers around the phase, "First Edition". Wikipedia defines three different types of First Editions. The bibliographical definition of an edition includes all copies of a book printed.

From substantially the same setting of type, including all minor typographical variants. The original Potter series began in 1997 with the publication of "The Philosopher's Stone". And ended with the release of "The Deathly Hallows" in 2007. This is the original edition. The Deluxe Edition, for example, and the Illustrated edition.

The Publisher's Definition of a First Edition is a bit more vague. "Publishers use "first edition according to their own purposes, and consequently among.

Them the designation is used very inconsistently. The "first edition" of a trade book may be.

For Book Collectors or bibliophilists, they generally use the term first edition to mean specifically. The first print run of the first edition (aka "first edition, first impression"). In book collecting, the first edition is the earliest published form of a book, the first impression, which is usually referred to the first printing. To help determine this First Edition/Impression, books often include a number line (printer's key). That indicates the print run. This started around the second World War in the 1940's. Thus, in the world of book collecting, there are two types of books: Reading Books and Collectible. Books A Reading Book is exactly that: A book you can read, take notes in and even throw away when finished. It's value was set at the price you paid for it and usually will not increase. In fact, it may decrease. And then sell them at the end of the semester or even later. You'll be lucky to get half what you originally spent. On the other hand, the value of a Collectible Book goes up with the passage of time. A Collectible Book usually is the very first edition of a book.

It is the lowest number in the Printing Line For example, if the Print Line shows: 20 19 18 17 16 15 then that book is the 15th Printing. Although it may state "American First Edition", it is not a book collector True First Edition.

It is a Publisher's or a Bibliographical Designation. Professional Book Dealers and knowledgeable book collectors would not find that book.

It is a reading book only and has no value other than what you paid for it. Or the end: 1 3 5 7 9 10 8 6 4 2'1' is the lowest number Therefore it is a true First Printing If you would take this book to a professional book dealer, he will verify it is a true First Edition A true first edition is an investment and can increase in value over time. There might be other distinguishable features of a first edition.

For example, there might be misspellings or typos that are corrected in later printings. Or the dust jacket might have some unique features. They should not take priority over the number line printing. CONDITION of the book is always a priority. A book with signatures other than the author's or illustrator is a negative point. The same goes for rips, tears, spots & stains. The hinges should be good and the covers should be without damage. If the book was published with a dust jacket it should be present and without damage. WHERE the book was published is another important consideration.

Since J K Rowling is a British author the first Potter books were published and printed in London by Bloomsbury. The first book in this Edition ("The Philosopher's Stone") is valued at thousands.

Of dollars because it was printed in a very small numbers because Rowling was a relatively new and unknown writer. It changed the title from'The Philosopher's Stone' to the'Sorcerer's Stone' for various reasons. For one, they thought the original title might not appeal to American readers. This change indicates the early speculative feelings the publisher had. Again this first book was printed in small numbers because the publisher didn't know if this new. Character Harry Potter would be successful. Although a Book Club Edition was made available, it too had a limited run for its First Printing There are also Canadian Editions (called Rainforest), Australian, etc. These national books usually have little collector's interest outside their respective markets. In other words, a Canadian First Print is not worth as much as an American. Scholastic Press or a British Bloomsbury First Print. As easy as it may seem. This difference only when you go to re-sell the book. It is disappointing when a family member gives you a book describing it as a First Edition. But when you go to authenticate it to possibly sell it, you find out that it's not. It's monetary worth is only a fraction of its original price. The item "Original Harry Potter Complete Set -7 First Editions/ All FIRST PRINTS" is in sale since Sunday, August 16, 2020.