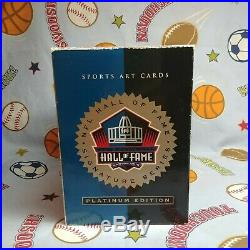 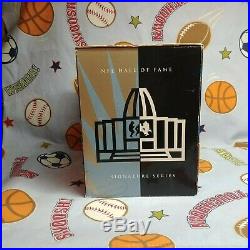 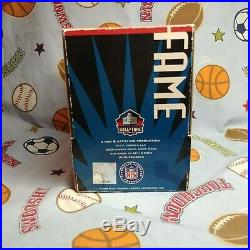 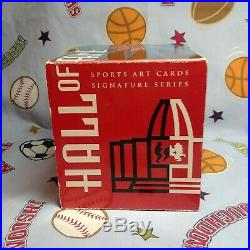 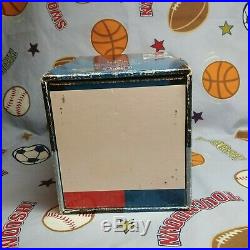 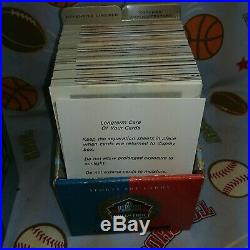 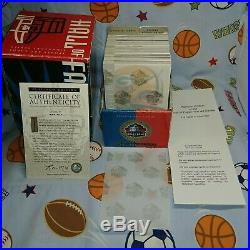 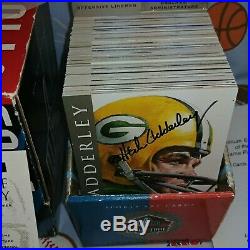 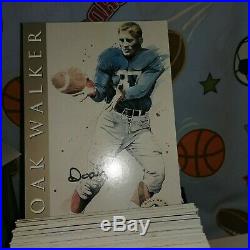 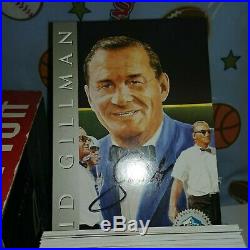 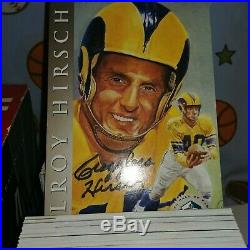 Autographs are all NFL Hall of Famers beautifully hand-signed individually with black felt pen on the fronts of the cards along with the Certificate of Authentication and Serial # on the back of each card.. There are 116 total signed Art cards that are 4" X 6". There were sets made that only had 100 so not sure how many are out there with all 116 that were produced. Doak Walker only signed Doak and Sid Gillman Signed Sid G on all cards due to reasons beyond their control. These cards were only ever issued in factory set and could not be bought individually unless someone broke up a set.

They were released in 1999. Ron Mix is also in the set signed. Set also has the header divider cards like Linemen, Coaches etc. There is an onion skin-type of paper between each card for protection and preservation of the autographs. Below is a list of the NFL Hall of Famers in the set which was done alphabetically by last name.

Tittle, Charley Trippi, Gene Upshaw, Steve Van Buren, Bill Walsh, Doak Walker, Paul Warfield, Mike Webster, Arnie Weinmeister, Randy White, Bill Willis, Larry Wilson, Kellen Winslow and Willie Wood. This is a RARE set to find in this beautiful condition. Cards are new in the box. Set can also be picked up at our local store with arrangements made ahead if time. Be sure to add me to your favorites list. Check out my other items. The item "1998 Ron Mix Hall of Fame Platinum Ed. Signature Series Card Set 4X6 All Ser. #" is in sale since Tuesday, March 17, 2020. This item is in the category "Sports Mem, Cards & Fan Shop\Autographs-Original\Football-NFL\Other Autographed NFL Items".

The seller is "dar-b" and is located in Milton, Pennsylvania. This item can be shipped to United States.